ugh wisdom teeth surgery is the worst thing to ever happen to me.
Posted by Lily at 8:46 PM 2 comments:

genius (dedicated to rachel m. birke for no reason in particular)

First, I would like to inform everybody of my new bragging rights: TasteSpotting has now commented on my blog two times. Yes, I know.

Second, Taylor and I have recently discovered our culinary genius and we would like to share it with the world. Our first endeavor: cupcakes (not out of the box, thank you very much)

Somehow we couldn't get our egg whites to form stiff peaks, so we tried with 3 new eggs, but it still didn't work, but we're assuming it doesn't matter because they still tasted good. AND the frosting called for lemon zest, but we used orange instead and we didn't even have that zester or whatever. We/I also burned the chocolate on the first try. After 3 hours of hard work (so what if it should have only taken half the time), magic was born: vanilla cupcakes with orange zest cream cheese frosting and raspberries and chocolate! In conclusion, these were cupcakes that should have gone horribly wrong but turned out so so right. 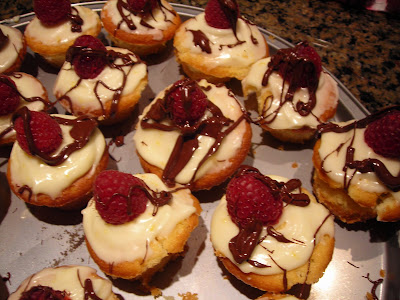 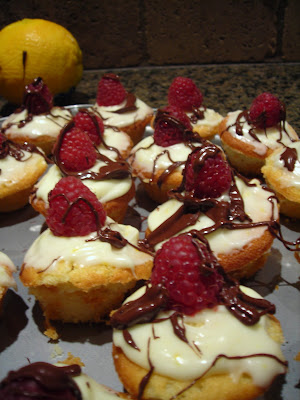 A new and exciting discovery: cookie pancake sandwiches
So Taylor only had mini-cupcake pans, so we had left over batter, and we decided to make them like cookie pancakes. Then we spread them with frosting, drizzled some chocolate, and filled them with raspberries. One day, we'll learn how to take better pictures so we can be on TasteSpotting. 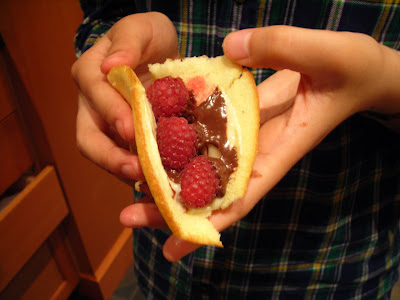 SOS (Save Our Stomachs)

This is a cry for help. It is 2:39 am PST, and I am dying of hunger. I could go downstairs and eat a blueberry bagel, or a cupcake, or a quesadilla, or some eggs, but instead, I spent 30 minutes browsing TasteSpotting for a new desktop background because I am tired of my tiled taco background. GIVE ME YOUR FAVORITE FOOD PICTURES (that don't have that stupid spaceball thing on them).

Update about some cupcakes coming soon.

P.S. I don't like that TasteSpotting only lets you see pages 1-# then you have to click the little arrow to get #-## more. I like the old way where you could clikc page 365 instead of scrolling all the way through. I am actually just writing this in hopes that TasteSpotting sees this, but who am I kidding.
Posted by Lily at 2:39 AM 2 comments:

Dear Friends and Family of ieat19meals:

Today is an exciting day because it is day #1 of me attempting to fend for myself. But before we get to the juicy details, I would like to issue a warning about yard raccoons. Do not try and feed them or touch them because they WILL ATTACK/CHASE YOU. They can also bark. Also, I am getting my wisdom teeth out soon. Jamba Juice gift cards are accepted.

Oh, this past Saturday I went to Anacortes and my parents bought 3 lbs of these prawns: 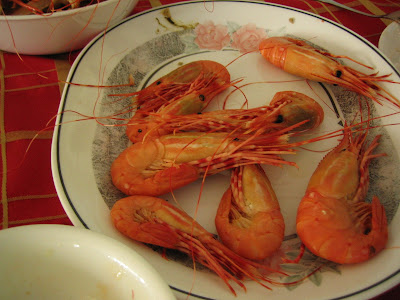 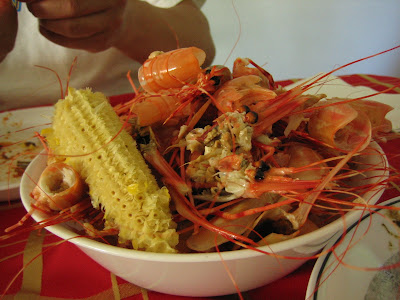 THEN TODAY, after I had my dentist appointment, I made breakfast for lunch. 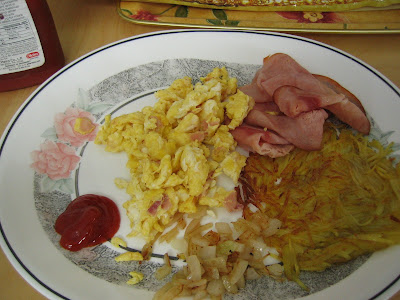 Ok, so this picture is not so great, but it was so delicious. Samuel's look of satisfaction (see below) should be proof of this: 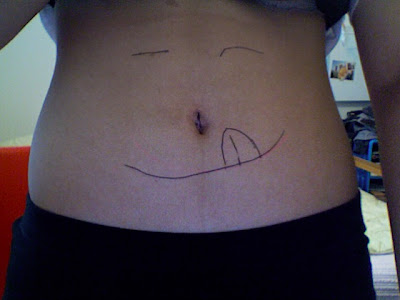