In my last post I talked about "dark food," more commonly known as "drunk food" or "the munchies" or more accurately, "depressingly gross food." I have separated the following pictures from the past few weeks into two categories: day and night. Coincidentally, the bodega where I do a lot of my late night snack shopping at is called Day & Night, and I am best friends with the man who works there. I could go more in depth about what makes these pictures day food or night food but I think that is maybe pretty self explanatory. 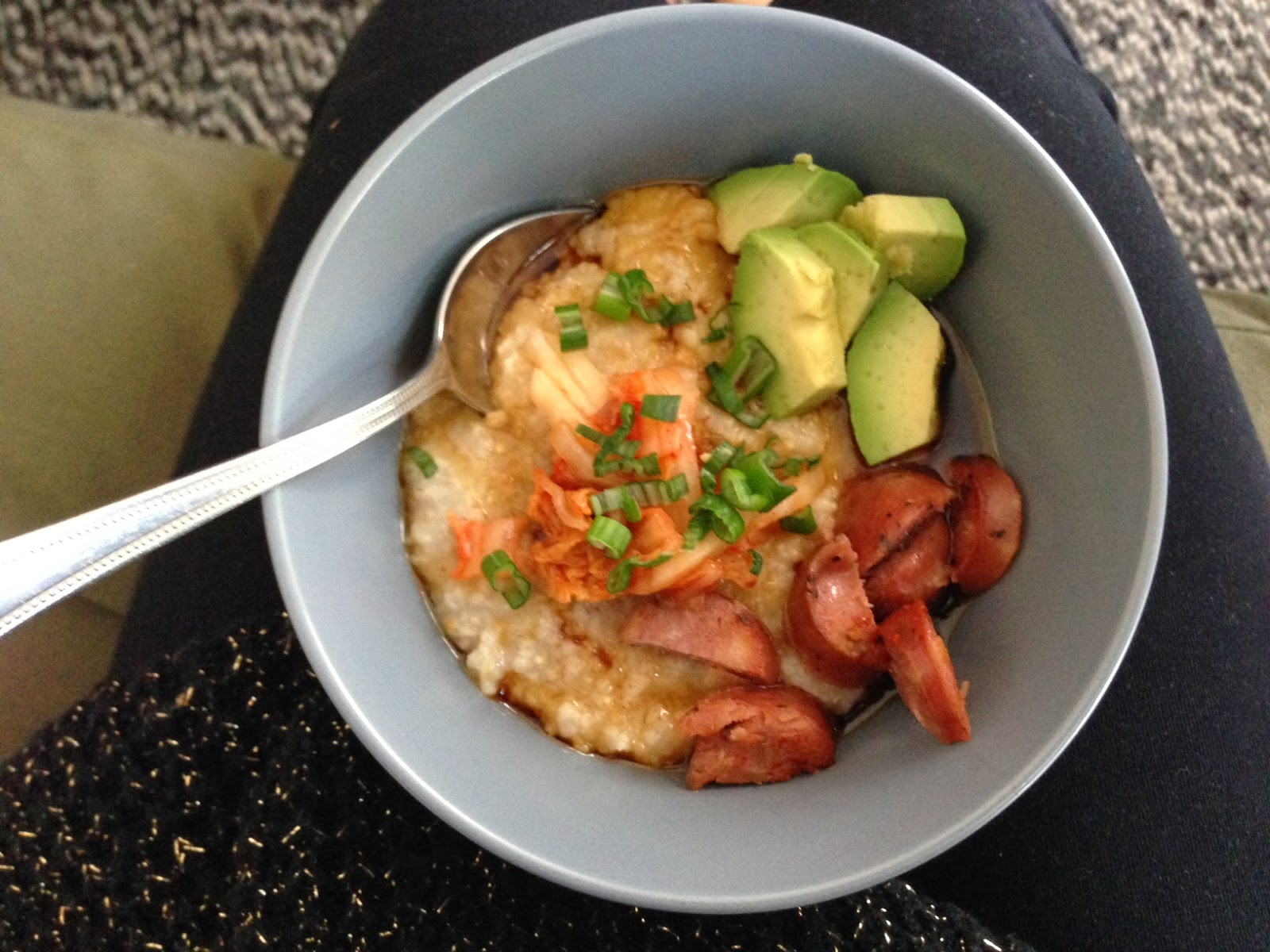 I have really been into savory oatmeal lately, but only if its the steel-cut type of oatmeal. It's more like grits or something. I've been treating the oatmeal like rice: sesame oil, a little soy sauce, scallions, avocado, and a little bit of chopped kimchi. I'm not sure how the sausage fit in but it was breakfast time. Try it! Put an egg on it too. 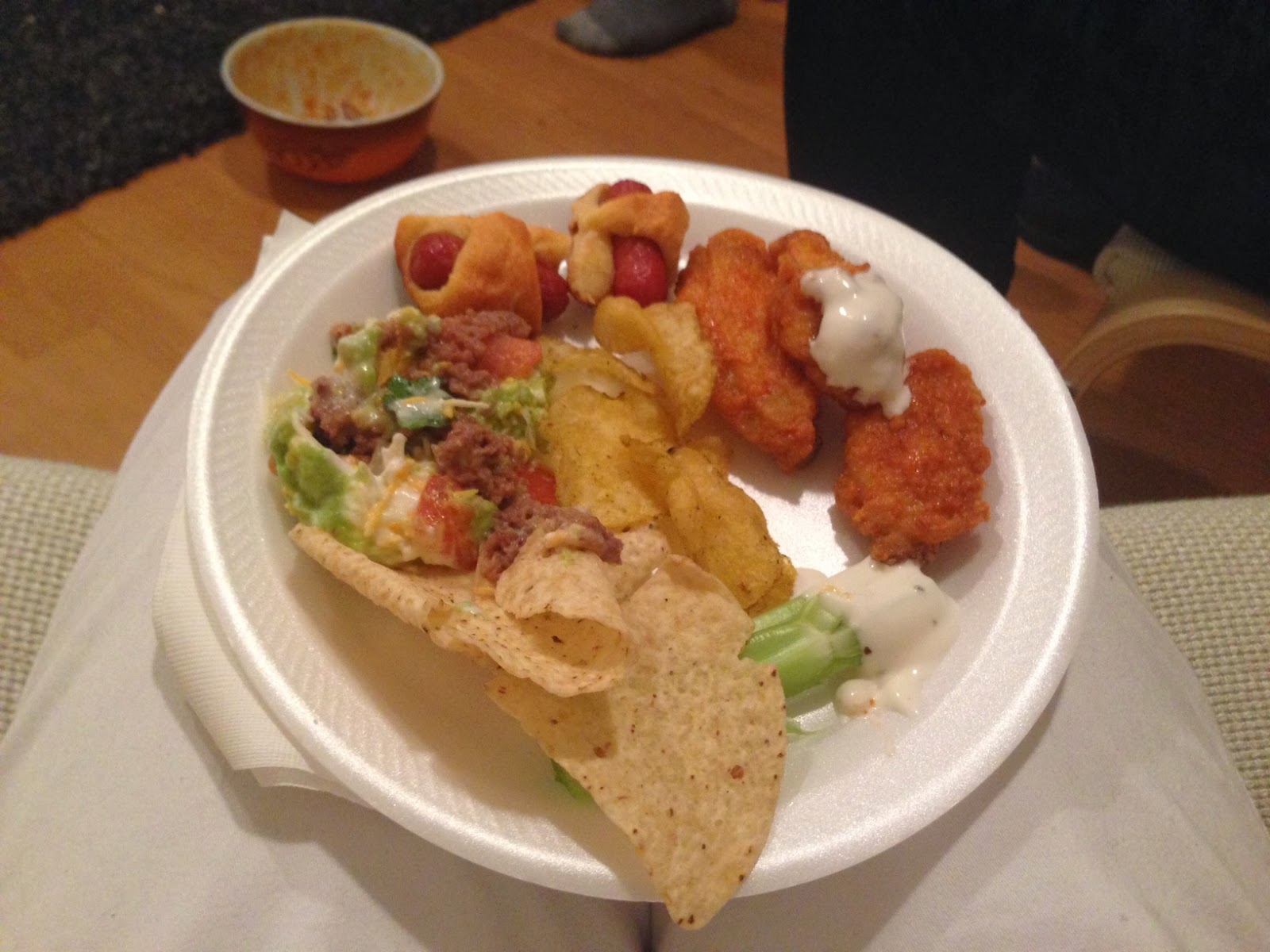 Super Bowl snacks are one of those foods that could float between "day food" and "night food" depending on its context. This was before 11 pm and I was sober. Therefore, this is day food. 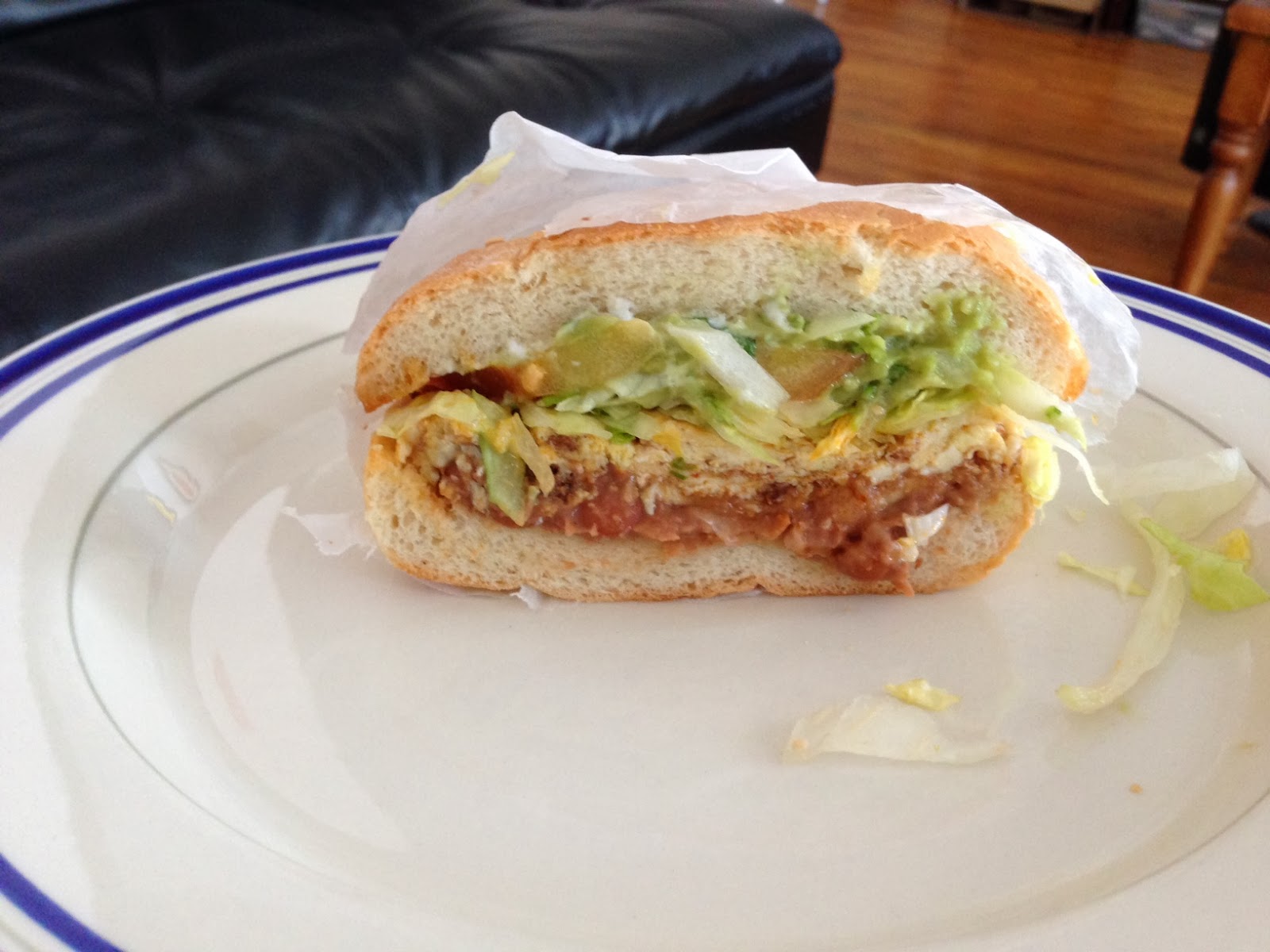 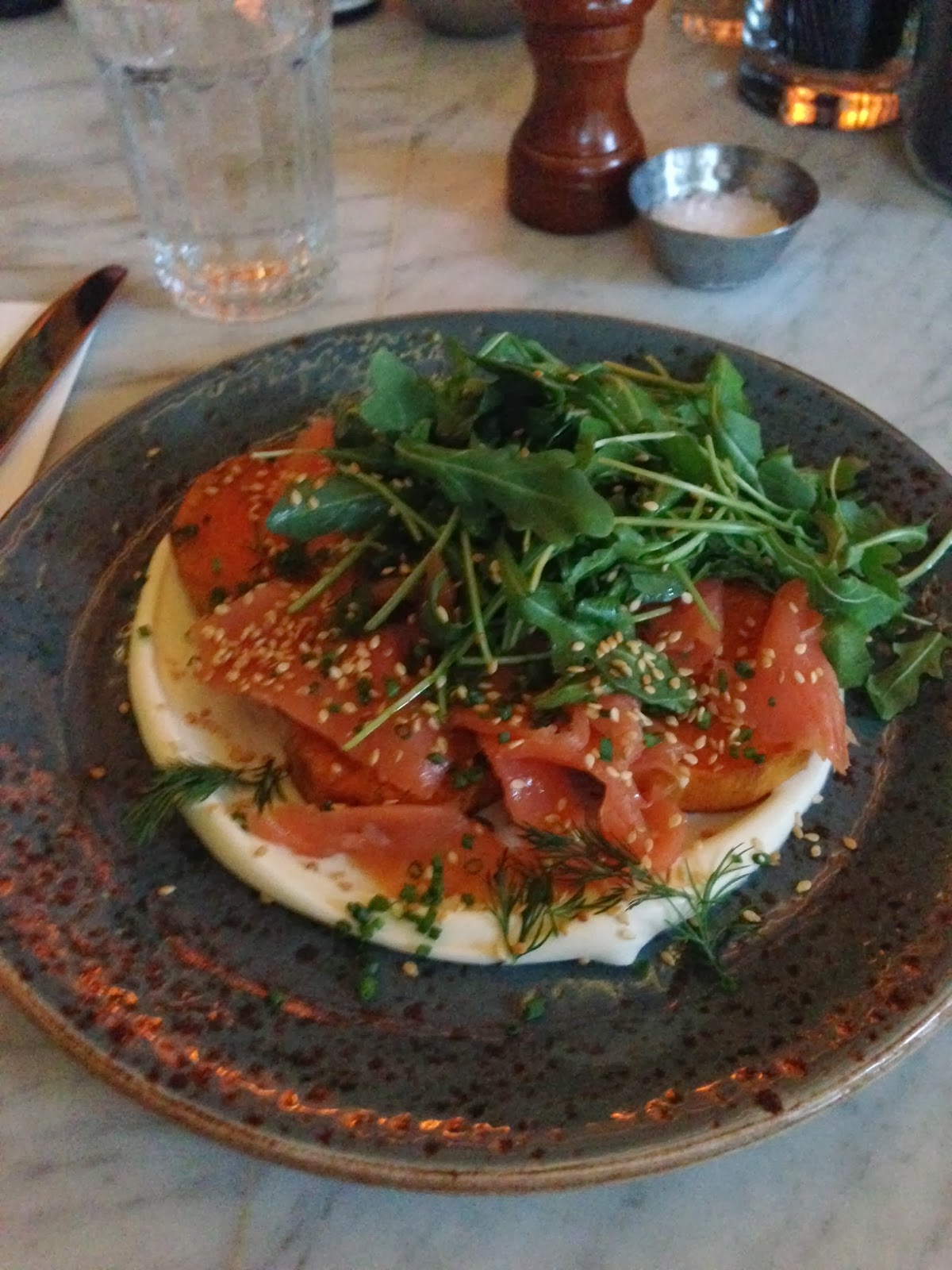 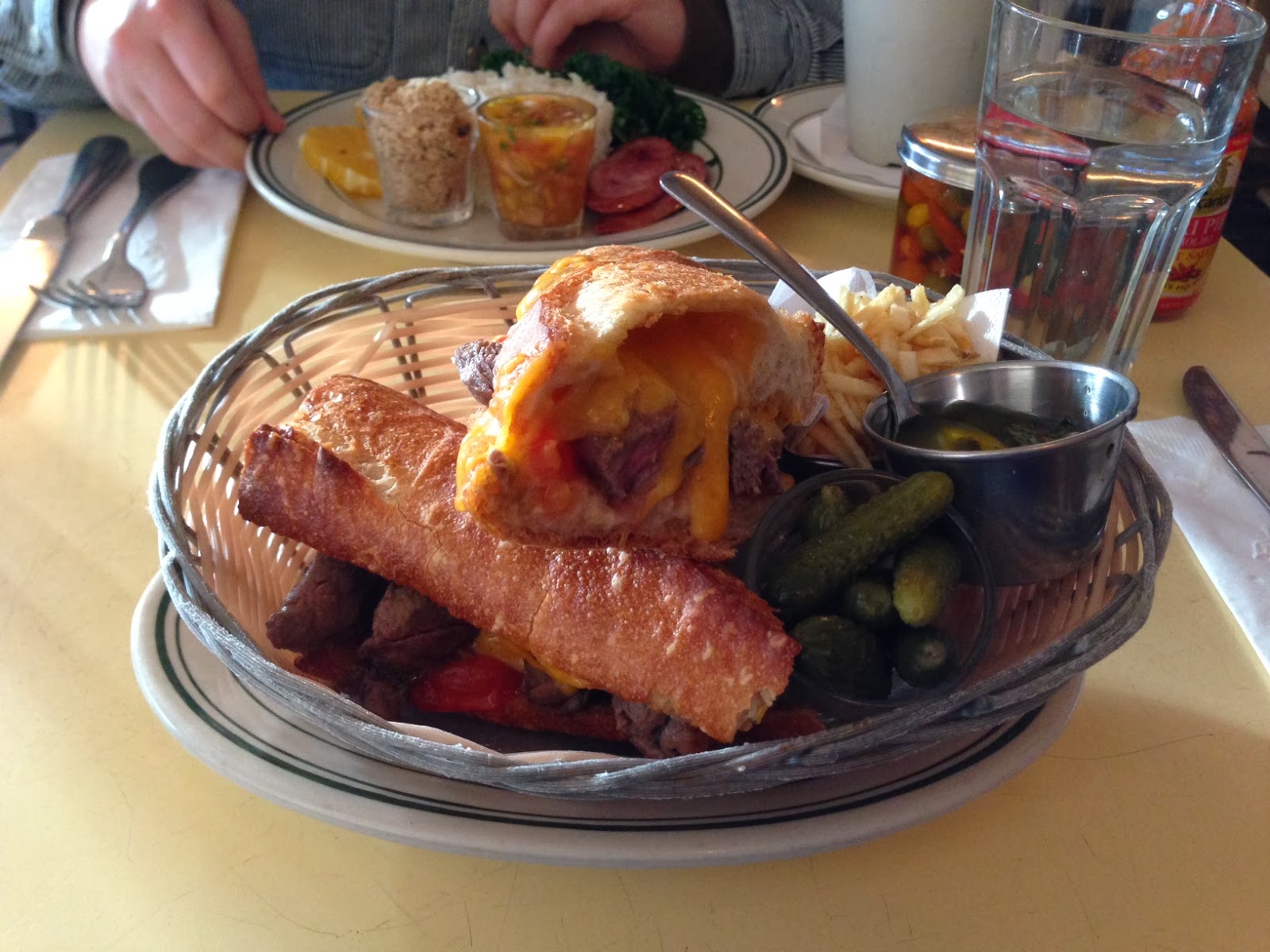 A super non-descriptive photograph of a great steak sandwich I had at Beco. It's right around the corner from my studio (yes! I rent time at a printshop now! putting my degree to good use, hopefully). The sandwich was oozing cheese and it came with a chimichurri sauce that helped brighten it up a bit. Plus cornichons. I love miniature versions of anything.

Ok now we begin the descent into the dark. 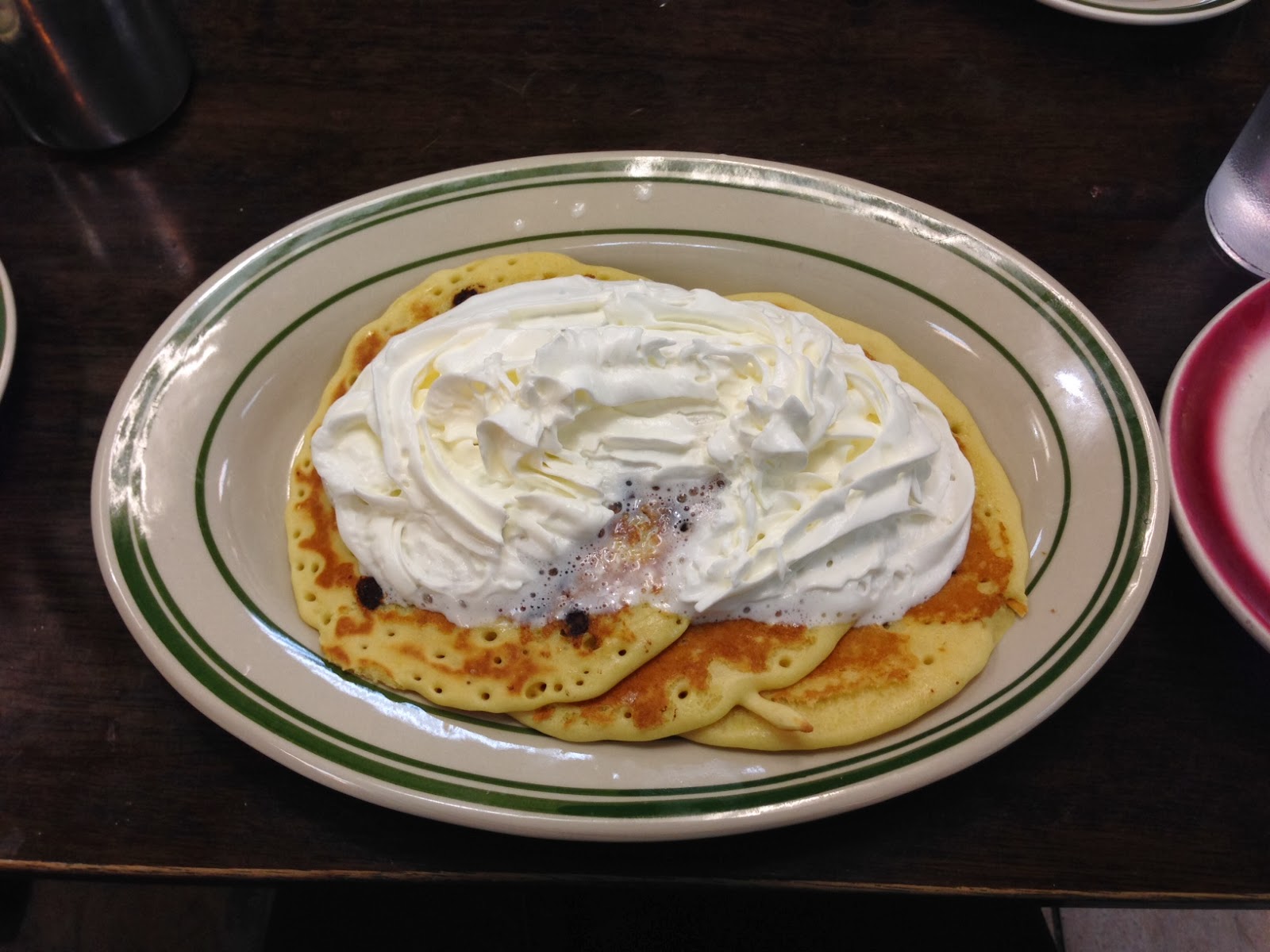 Chocolate chip pancakes and "a little" whipped cream. John's Donut and Coffee opens at 5 am. I stayed awake until 5 am so I could get there when it opened. Actually the truth is that I fell asleep on the couch around 3:30 and my friend woke me up at 5 to tell me that the diner was open. 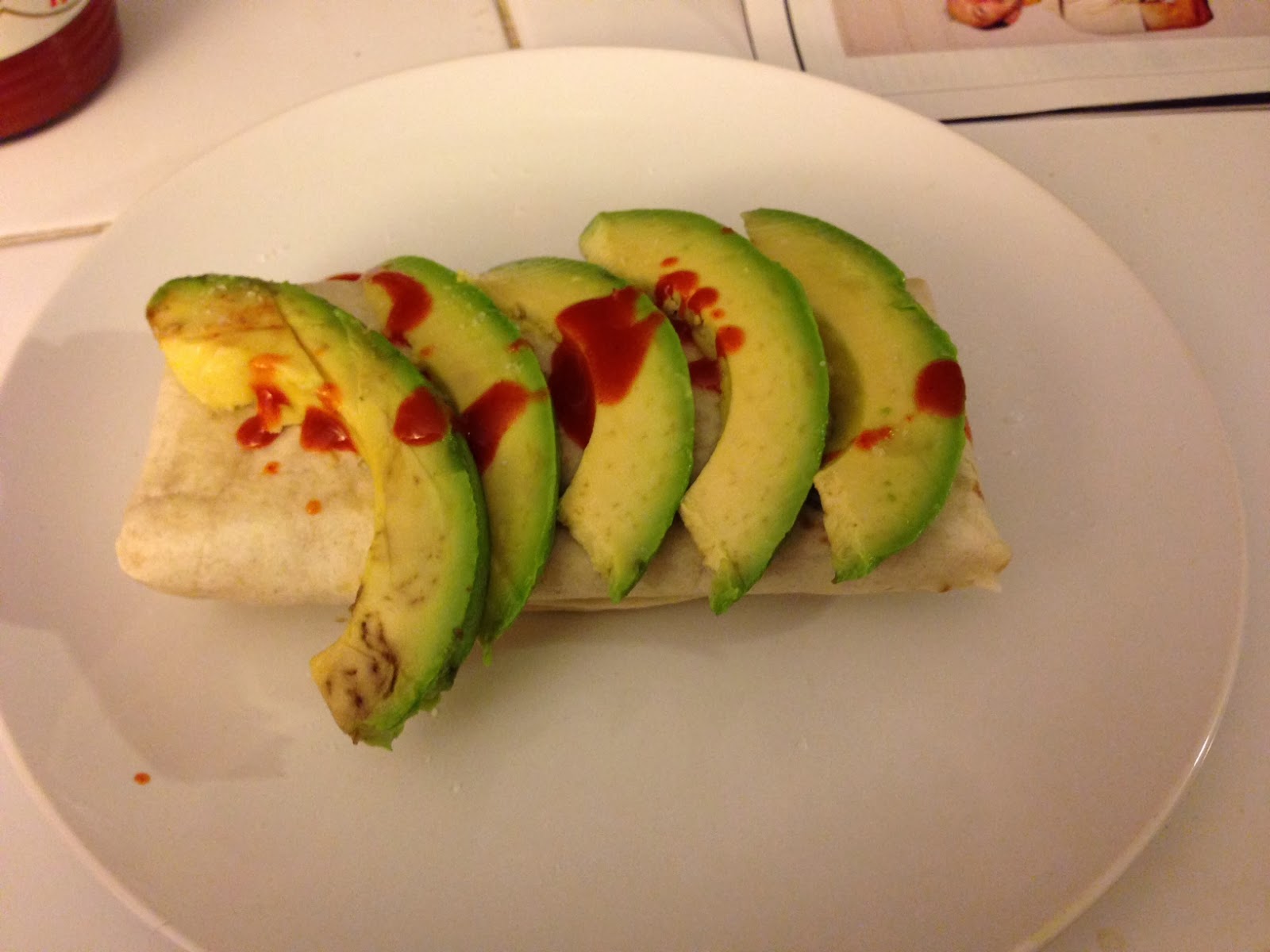 A frozen bean and rice burrito from Trader Joe's but I put avocado and hot sauce on it so it's ok!! 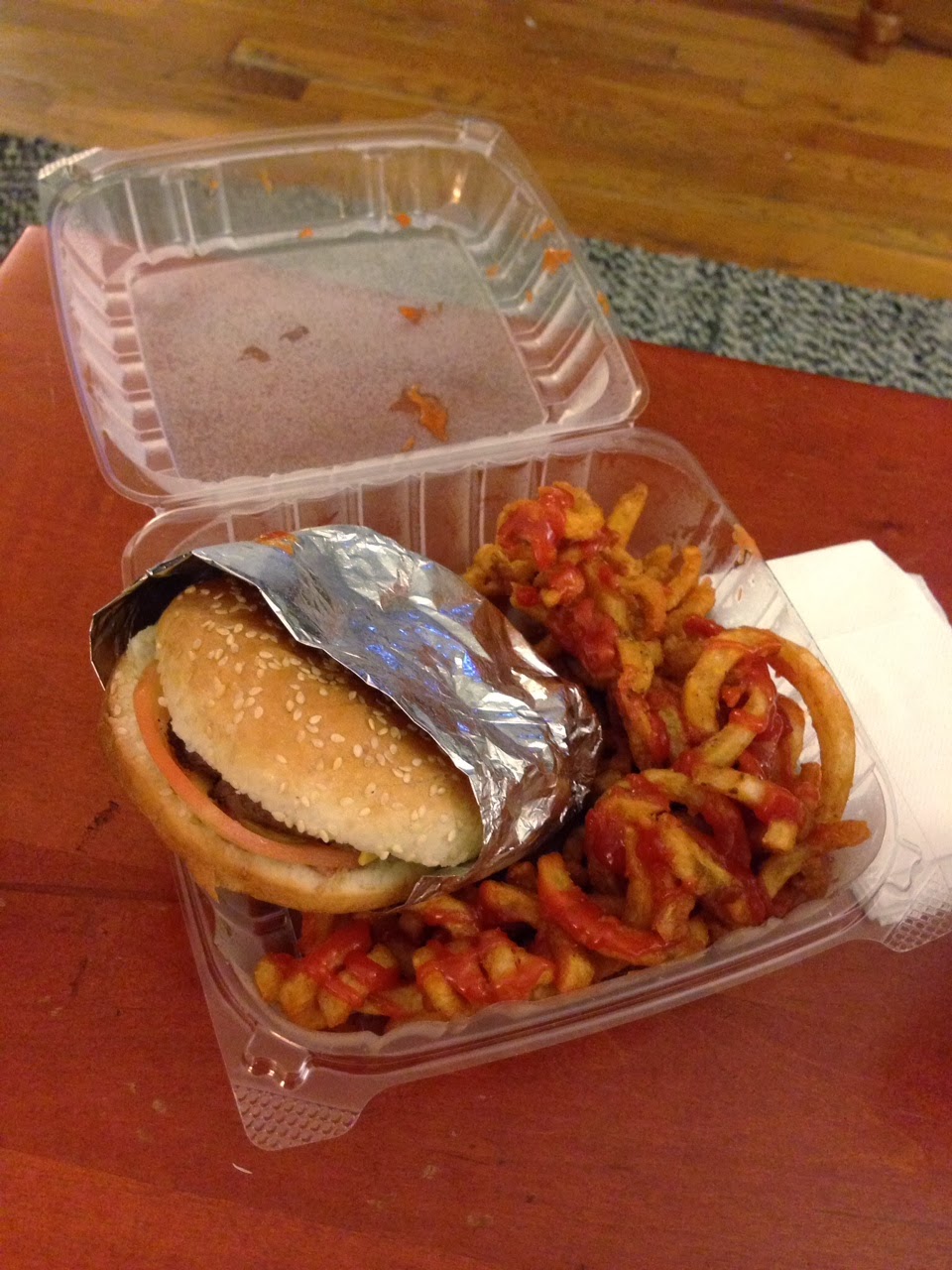 One night after work, I went into Day & Night to get some kombucha and strawberry Pop Tarts. But then, there was a guy getting a hamburger. And then after I talked to him very seriously about what he was gonna eat, I wanted one too! So I did it. 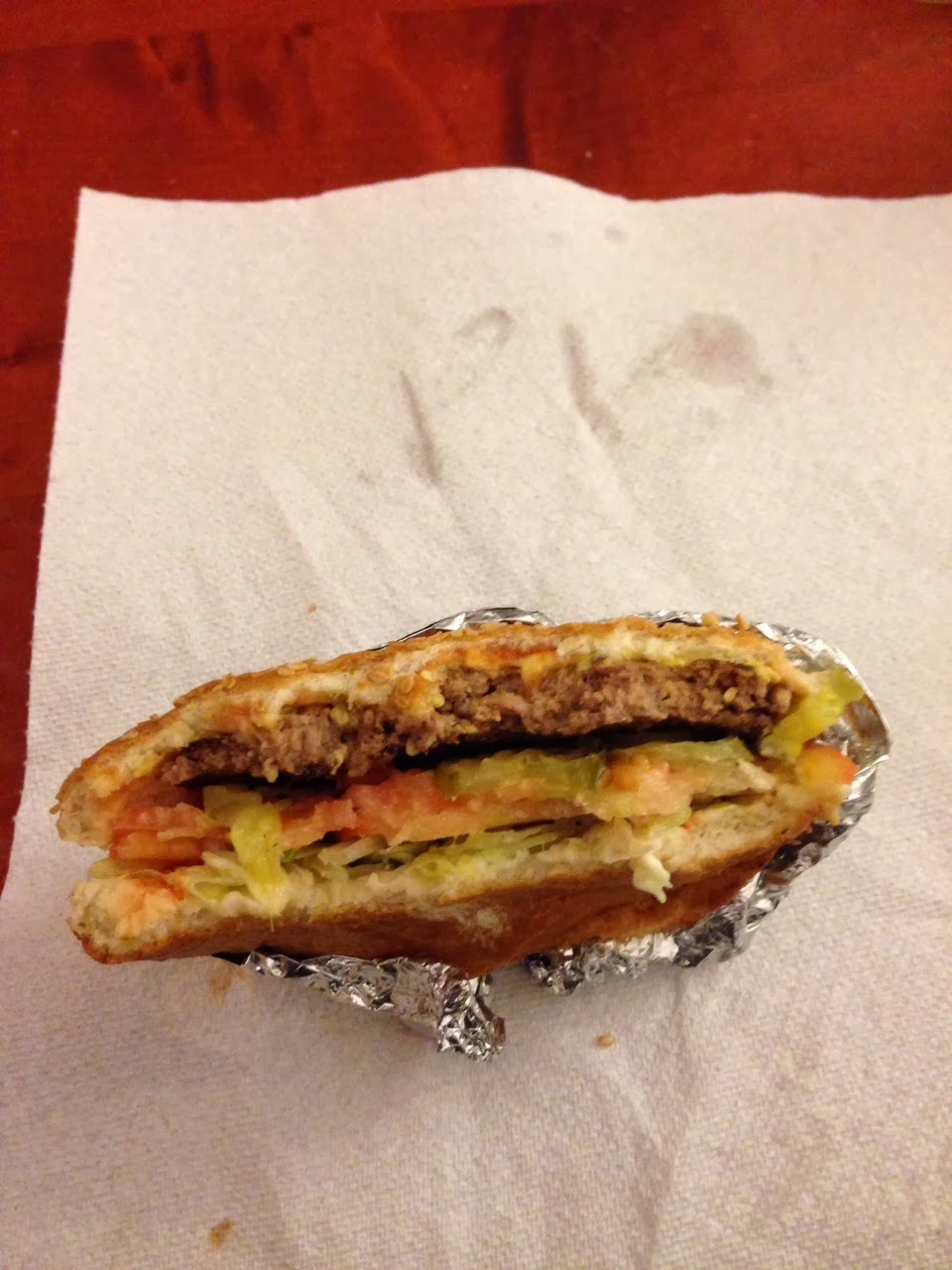 As you can see, this is more tragic than a McDonald's hamburger. 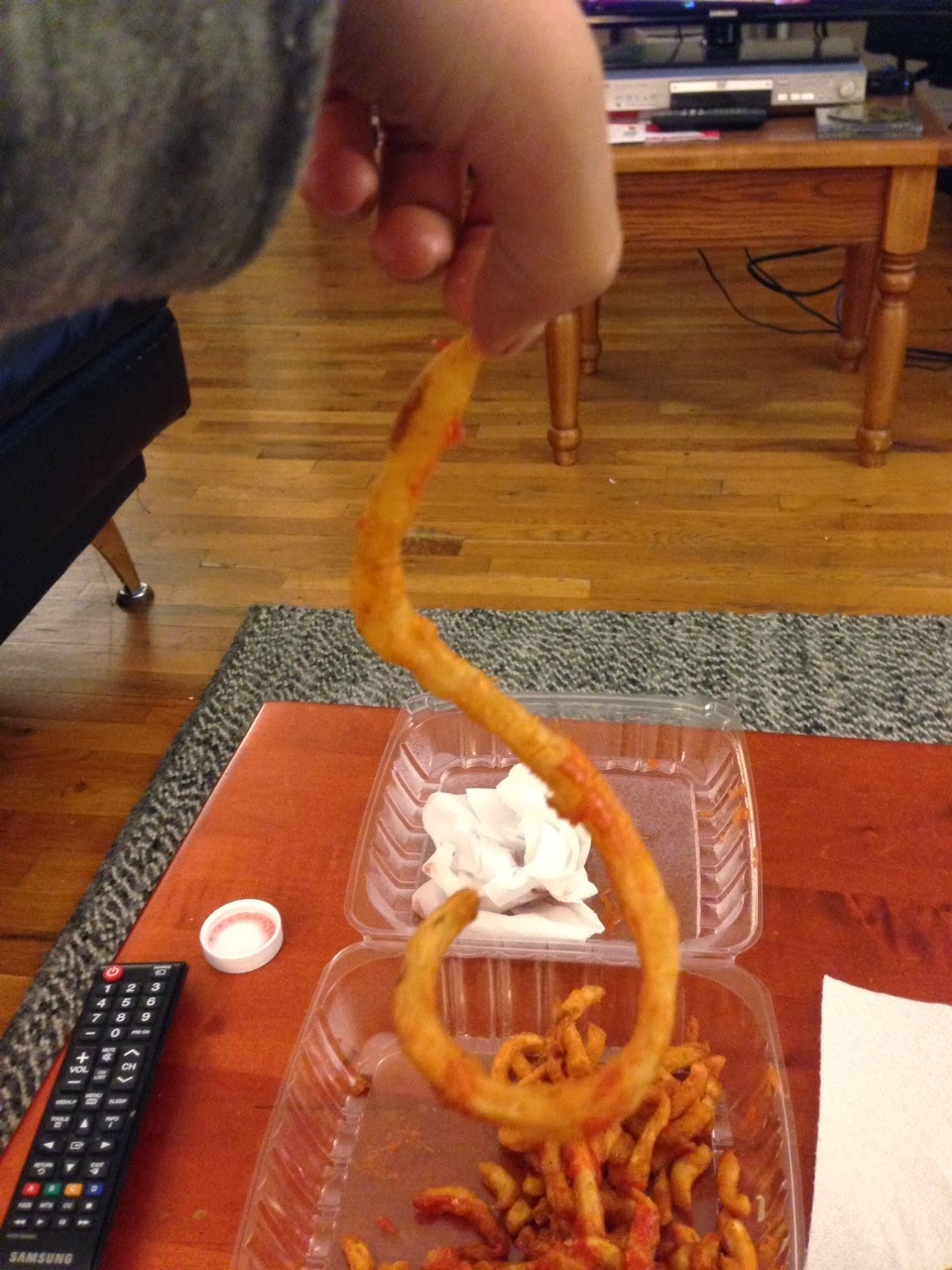 But based on his photograph, where there is an empty burger-sized space, one might assume that I, blinded by "hunger," ate the whole damn thing.  The curly fries were really good too. Day and Night has the best fries on the block. It's a small block. 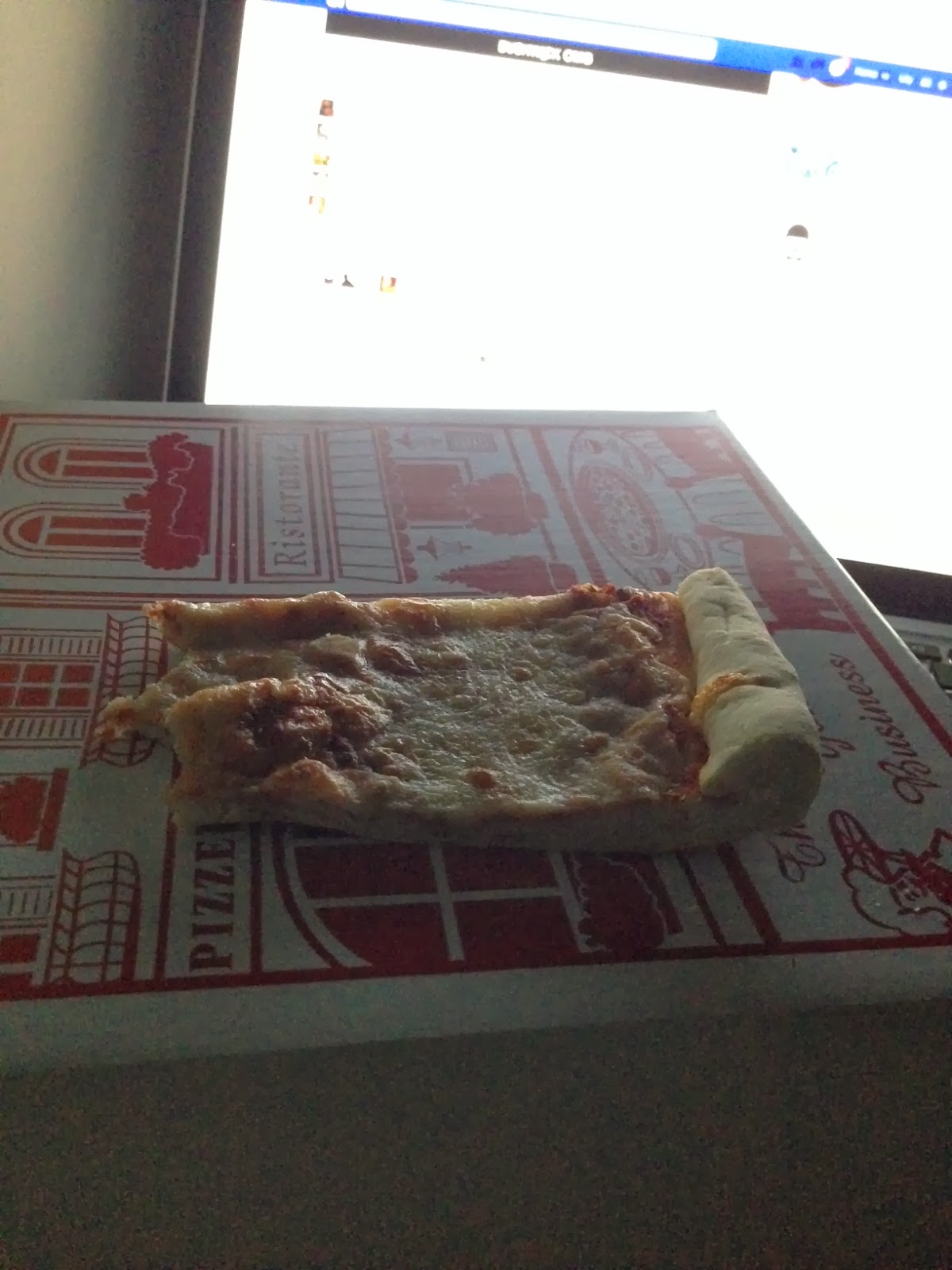 This last picture is a little bit like a self portrait. It's me as a half eaten, cold slice of pizza illuminated by the light of my computer, which if you look closely, is on the Facebook site.