Sad news guys: I haven't been that into food lately and I feel kind of guilty admitting that. Obsessing over food is like my version of celebrity gossip and I'm kind of burned out on it. I don't really know about what food is trendy, which restaurants are hot, or which chefs everyone wants to make out with. And I used to REALLY know all that stuff because apparently, I had nothing better to do than to troll the internet for this information. I used to fall asleep looking at Tastespotting, and now, I don't look at food blogs very much any more. I don't even like thinking about food. Don't describe to me how roasted grapes on a ricotta grilled cheese tastes really good (omg great idea, by the way) and don't give me suggestions on how to use this rainbow chard. I only got it because it looked pretty, not because I had any good ideas. Just make it and give it to me (hi, I'm a princess). Do you know what I mean? I just want to know where the good food is and then I want to eat it without thinking about it. But with that said, here's some pictures of what I ate because that part is still really fun. 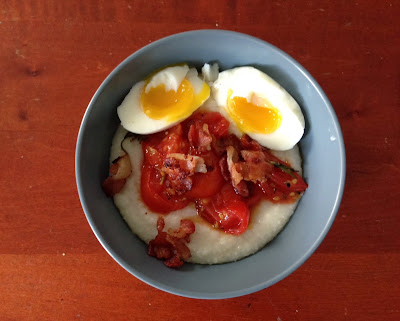 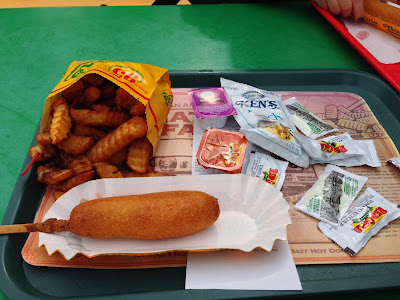 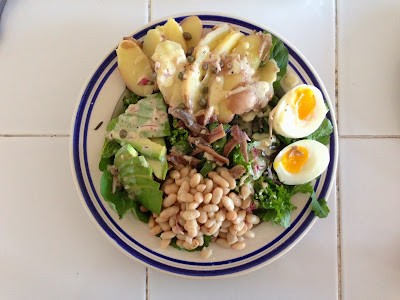 A salad I've been making a lot 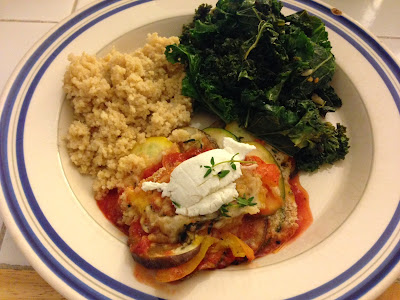 The last thing I made before I started feeling really apathetic about food. No, that's so dramatic. I made ratatouille (like the kind from the movie, I used a Smitten Kitchen recipe) like 2 weeks ago when it was getting cold.

I guess at the moment, I'm just more excited by eating food and not so excited by thinking/reading/watching/hearing about food. But I'm sure it's just a phase because I kinda feel that way about everything right now. I just want to have fun and let out all this energy and not jam up my head with too many thoughts or concerns. I think I'm getting into an 18 year old's head space six years too late. I'm going to L.A in a week though and I'm gonna go to Disneyland and have In-n-Out for breakfast and go to that chicken and waffles place and eat so many fish tacos and burritos and go shopping and then get some shabbu shabbu and spend like 5 hours of those all you can eat Korean BBQ places then do some more shopping, try to get a tan, eat some more and go back to In-n-Out. And maybe I'll barf from having eaten so much. I think that'll get every thing out of my system and I'll come back to New York ready to care about things again and ready to grow up again and ready get serious again. But just for a little while because soon enough summer will come back and I'm gonna get all loose in the head again. Something about life cycles? Circle of life?
Posted by Lily at 4:00 PM No comments:

It's been like, three weeks since my last thrilling update. A lot has happened, but also nothing has happened. You know how that goes. This what I ate: 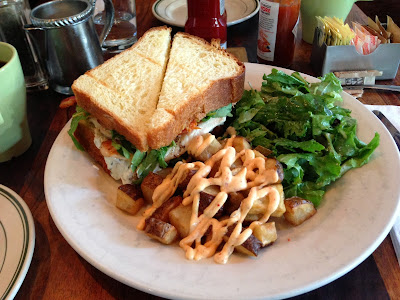 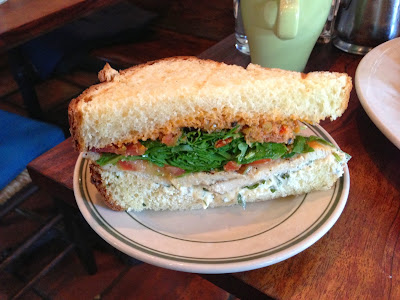 I think they thought this brioche bread was supposed to be a good idea, and maybe it could have been, but I think I just like regular toasted bread for my chicken club sandwiches. It was too fluffy. 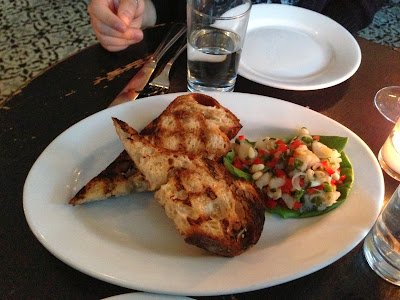 Some sort of ceviche at Walter's in Fort Greene

I went to Walter's when I was feeling really sick. I figured that good food would make me better. It didn't, but it didn't make me more sick either. So there you go. 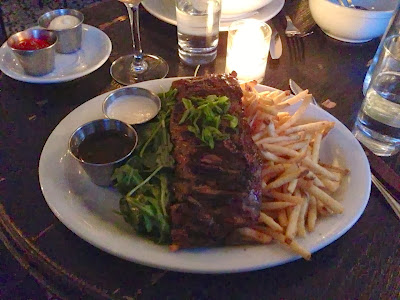 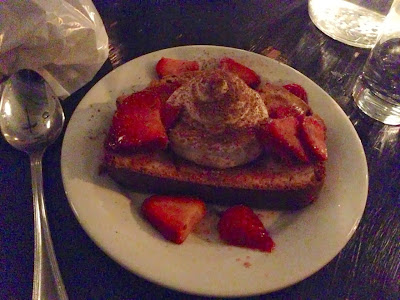 And because I was feeling sick, I also ordered dessert, which I hardly ever do. This was a strawberry shortcake. 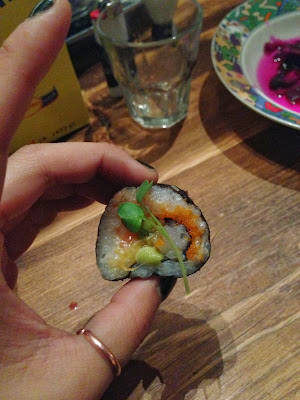 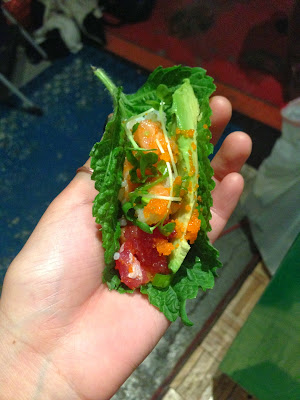 And I made lil' sushi tacos for myself with shiso leaves. 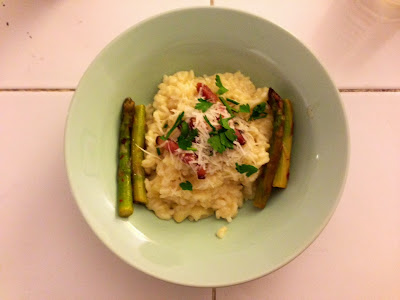 I also made a very lemon-y risotto 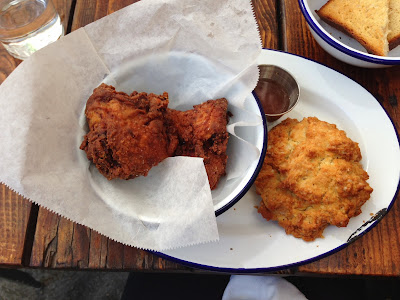 The Brooklyn Sandwich Society is now "Martha." I'm actually not really sure what changed about the restaurant besides the name. The menu seems really similar and the vibes are totally the same. Not complaining though. Any place that makes duck fat biscuits is fine by me. 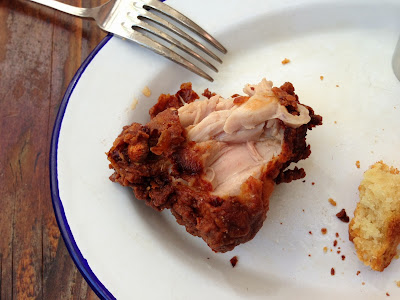 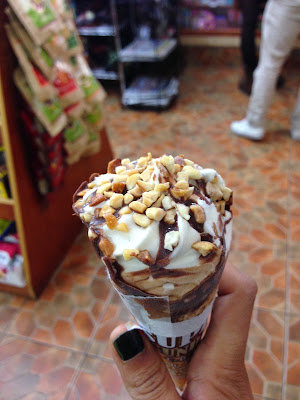 I was really tired and angry after work one day this week. I took the subway, bought this ice cream cone, ate it on my walk back home. I felt much better after that. I usually eat the ice cream just to get to the chocolate filled cone. 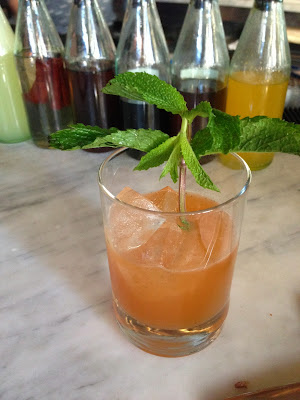 I forget what's in this cocktail. I just drink whatever they put in front of me and it's always good. 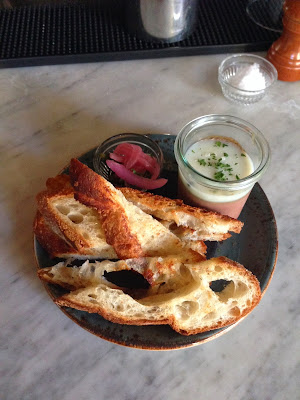 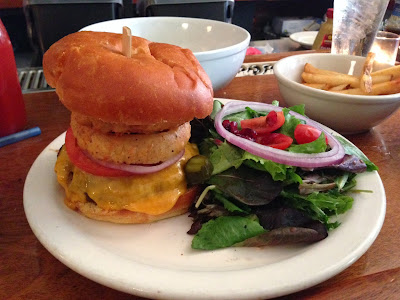 Brooklyn Public is technically just "alright." The food is usually good, but not stellar, it's not really that interesting of a place, and I always feel like I'm the only person there under the age of 30...but I really like it there. It makes me feel comfortable. 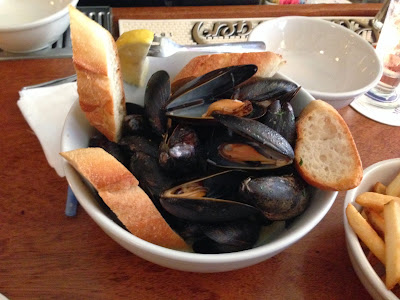 And their mussels are really good. So good that I had to make them myself the next night, but they weren't the same. Probably not enough butter or wine. 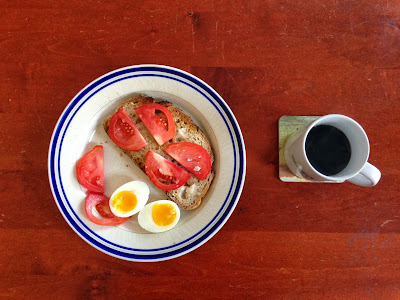 I think I've grown to like soft boiled eggs because I'm never patient enough to wait for them to boil all the way. They're perfect for toast.  The yolk is so much richer and creamier. 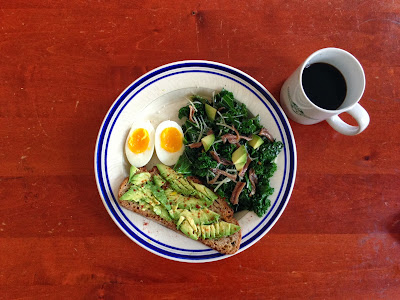 Another day, another breakfast with toast and and a soft boiled egg. And some kale too, I guess. You know what, I still don't love kale. I don't know why I keep buying it. 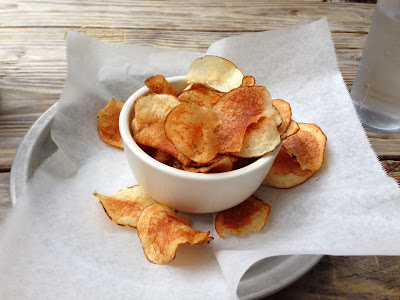 I went to the Lobster Joint for their Happy Hour again. If I lived in Greenpoint, this place would be the end of me. This time i had the most perfect potato chips ever. So light and crispy, with just the right amount of salt. And they look so picturesque too. I mean, look at that photo--that's some Bon Appetit photo quality or something.
Posted by Lily at 10:32 AM 1 comment: